One to reckon with

I was not the only person to find the phrase "the most dangerous number in business" a telling phrase, It was quoted by Frank Kern in his "State of the Internet" address and attributed to well known marketing guru Dan Kennedy.

My attention was caught because I've seen it happen before, a business nearly scuppered by one. Yes, that is the number, and it is scarily dangerous.

Take the nearly scuppered business, a coaching client in a beauty related business some years ago. They had a couple of problems, but the principal problem was lack of sales. Not an unfamiliar problem to many.

It was their approach to gaining sales in the last year that concerned me. While they had done a few things like a Yellow Pages entry and some radio spots their hopes had been pinned on a contract with the local television station. A small business can do an awful lot with the $42,000 they committed to this contract.

For example they could have hired a marketing or advertising specialist and had a targeted campaign across a range of media or even a direct mail campaign to their principal market niche.

Instead they relied largely on just that one media and one channel. And the result, just one new client.

Just think of the gross profits you need to earn to cover that $42,000. If their gross margin was 50% they needed an additional $84,000 to recover that marketing investment. It could have, and nearly did, scupper them.

And that is the problem with being dependent on "one" in business. It can so easily bring you undone. I'm sure you can easily identify other areas in your business. It is not just one marketing channel, or one promotion. It is also:

"When I started, I landed a very big contract fairly quickly. It represented more than 75% of my income. This was good for me, at the time, because I was a new mom with young children. Not having to make a lot of sales calls was a benefit to me. But as a business strategy, it sucked.
After a few years, PFFT, the company was sold and I was suddenly without 75% of my income. I scrambled like heck and became a "traditional" freelancer for a full 13 months before I was able to find another "anchor" client. During the year, I was able to match my income, but it was stressful.
During that same year, I also launched my website, so I'd never have to depend so much on a single client ever again."

One is a number that, if you depend on it in business, could have near-death consequences. Like a profit leak it stays hidden, out of sight and out of mind, waiting for the moment when it can do most damage. And when you least expect it, all is comfortable, Murphy-like 'one' springs forth and wreaks its toll.

Because it can put you out of business one is the most dangerous number in business. 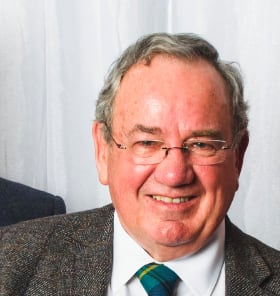 There are no comments posted here yet

And receive your Free Gift –
Valued at $54