Do you have the Profits and Cash Flow you Need?

What is a Profit Leak and why do most business lose money unnecessarily?

So many of the small businesses I’ve worked with over the last 25 years have been winning the sales they need, but not bringing in the cash and profits they deserve. Is that you as well?

Does your business require you work hard, 6 or even 7 days a week, yet you still find cash difficult to come by! Are you able to give your family the lifestyle they, and you, will love.

Case Study 1 – How a welding and fabrication banished their debt and became profitable, removed their debt and stress
Case Study 2 – How a catering company plugged its profit leaks and developed a new life
Case Study 3 – How a communications company stopped drifting into oblivion, found its way, and profitability

You may be asking how I’d know this for sure. Good question - and the answer is that I don’t know for sure. But I do know

“You will be proud how your protégés are proceeding! We have expanded the business. The catering side of the business is far less stressful and is actually profitable, now that we only take the good jobs. We will never forget the assistance you gave us in re-inventing our business! “ 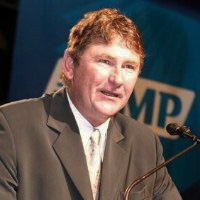 “You were there with the right information at the right time, I thank you for that. By adding the next level of systems and marketing knowledge that you brought to the table we were able to identify our objectives, acknowledge the gaps in our business and put in place the planning so as to achieve those objectives. “

“As a small business owner, who started off 12 years ago as a sole trader, and was always "too busy in my mind" to stop and learn how to actually run a business properly, you have been a gift sent from the gods to me! We have put on more employees, and now have a staff of 10 on board, and the business continues to grow and prosper. I can't thank you enough!!! “

“Adam has had a huge impact on the way we do business today. He has a calm common sense, no jargon approach to explaining how business works. Some of the valuable points learned were in marketing, proper use of job cards, time keeping, and the successful estimating of jobs to improve our margins to name just a few. We plan to continue our relationship with Adam with further mentoring. “

What are you doing about it?

Do you remember the old children's hole in the bucket song?

The version I recall was made popular by Harry Belafonte and Odetta.

And Liza would go on to suggest all the steps Henry would need to take to plug the hole. Henry had a reason why every one of them could not happen. There was always something else that needed to be done first.

To fix the leaky bucket Liza said Henry needed straw. With what shall he cut the straw, he needed an axe. The axe was too blunt Henry said. To sharpen the axe, he needed a stone. To whet the stone, he needed water. However, when the song asks how to get the water, Liza's answer is "in a bucket" (the same leaky bucket, which, if it could carry water, wouldn't need repair in the first place).

Getting people to plug the leaks in their business is sometimes like that. They know what needs to be done, but will find every reason why it shouldn't be done. In the meantime the profit bucket continues to leak.

And that's the problem. You see it so often. People know what should be done, but they don't do it. People say, "knowledge is profit."

So why don't most people do MORE with what they know?

Because there's a more immediate crisis on hand, or it's too hard, or they're not sure where to start, or because it's too easy to make excuses. Just like Henry!

If you think that this is not a real situation, that if a business saw a profit leak it would do something about it, a recent survey in the UK by The Access Group demonstrates otherwise. They surveyed 169 businesses across a range of industries from manufacturing through to professional services.

I'll be reporting in my next subscriber newsletter (hint - subscribe ) on the detail of the survey and what the survey found to be the secret to avoiding this situation.

But don't wait. Start making those small changes we've been talking about in recent blogs, and you will soon plug that leak. Small steps don't have to be perfect. They just have to be taken, and keep on being taken. Don't be a Henry!

Subscribe now and get regular
proven profit leak plugging tips,
gift…
(NOTE: we'll send an email with a link for instantly downloading our gift so make sure you enter your email correctly!)


Some profit losses are pretty obvious - so you fix them.
BUT, what if you don't know profits are leaking, cash out the door?
Possible leaks could be anywhere.
Are there some clues or symptoms that are tell-tales?

No thanks, go to the
Profits Leak Detective site